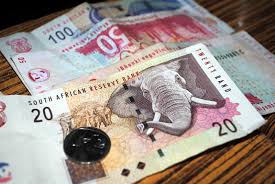 There’s no doubt that unemployment and unfair pay are two of our country’s biggest problems, making it impossible for people to support themselves and their families, leading to anger and frustration in the job market and, of course, sending crime statistics sky-rocketing year upon year. Did you know that as of 2018, more than half of South Africans are living in abject poverty? Due to this fact, most were pleased to discover that, last month, our government passed a minimum wage bill, declaring that no employer may pay his or her worker(s) less than R20 per hour, or R3500 per month for a 40 hour week. However, as with most decisions made by our government, the bill has elicited mixed reactions from citizens and political parties alike. Here’s what you need to know.

From a positive perspective, many experts are confident in the fact that the new minimum wage will help to alleviate poverty in our country. Seeing as though approximately 6.4 million South African labourers currently earn less than the new proposed minimum wage, 6.4 million labourers will soon receive a pay hike. These salary increases are also predicted to have a cheery impact on economic growth in general, due to an improvement in consumer spending.

Unfortunately, there are also many out there who believe that the new bill is sure to backfire, further aggravating South Africa’s already dismal unemployment rate (which currently stands at 26.7% – one of the highest in the world). They are of the opinion that the need for businesses and employers to increase their workers’ salaries will inevitably lead to an increase in retrenchments and company downscaling which, of course, means that even more South Africans may find themselves without jobs and, now without an income, in an even worse position from a poverty and financial perspective.

Only time will tell what sort of effect the new minimum wage will have on our country’s workforce and economic standing in general. What are your opinions on the passing of the new bill? Tell us on our Facebook page!