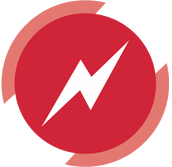 The Electrical Contracting Industry is regulated by the Main Agreement of the National Bargaining Council for the Electrical Industry SA.  This national organisation is “co-owned” by SAEWA and gives us an exclusive right to organise members in this industry, generally defined as the Electrical Contracting Sector.  The industry employs 20, 000 workers at about 3, 000 different firms.  Annually, SAEWA negotiates salaries/wages and other conditions of employment for all of the workers in the industry, not only the SAEWA members.  Non-SAEWA members pay a Collective Bargaining Fee (CBL) of R10.00 per week.  SAEWA members do not pay this fee!  Workers in this industry who pay the CBL are therefore excellent prospects for membership. Also, SAEWA Officials serve as Trustees to the industry pension/provident funds, and all queries related to these funds can be directed to the SAEWA National Call Centre by workers in the industry – another source of prospects. 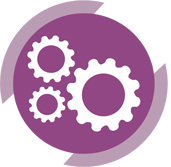 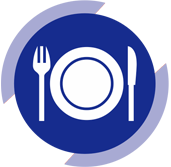 The Bargaining Council for the Restaurant, Catering & Allied Industry is a registered bargaining council with jurisdiction over ALL restaurants, fast food outlets and catering firms in the region stretching from Western Area on the western borders of Gauteng to Delmas in the East, and Alberton in the South, to Sandton in the North.  The following magisterial areas are within the jurisdiction of the Council specifically:  Alberton, Benoni, Boksburg, Brakpan, Delmas, Germiston, Johannesburg, Kempton Park, Krugersdorp, Randburg, Randfontein, Roodepoort, Springs and Western Area.  SAEWA was recently admitted as a party (Shareholder) to this Council.  This industry employs at least 55,000 workers, all of whom are potential members (prospects). 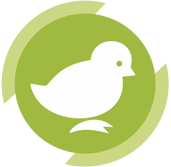 Chicken is one of the principal food (protein) sources in South Africa.  The poultry-producing sector, therefore, produces several million chickens for the consumer market daily.  All of this depends on chickens being produced on an industrial scale, starting with hatcheries, broilers (where the chicks are raised), processing & packaging plants (abattoirs), and distribution.  Several big players in the market include Rainbow Chickens, Early Bird Chickens, Festive Chicks, Chubby Chicks and a number of others.  Although SAEWA and FAWU are the only two significantly representative trade unions in this sector, there remains thousands more workers to be organised.  One important factor that requires workers to be well organised in the poultry sector is the recent import of poultry meat from overseas, mainly Brazil.  South Africa is part of an international trades agreement, commonly referred to as BRICS (Brazil, Russia, India, China and South Africa).  In terms of this Agreement, some products can be imported and exported between these countries with no or limited taxes, duties or fees.  Thus, South African distributors have started to import poultry products from Brazil during the past few years.  It is, therefore, possible to import certain “cuts”, such as thighs & “drumsticks” cheaper than the cost at which it can be produced locally.  Naturally, this will reduce the market for South African producers which will result in job losses.  As an active union in this sector, SAEWA is rising to this challenge by recruiting as many members as possible so that we can build a strong support that can resist cheaply imported chicken.  We are doing this by petitioning many stakeholders, including government, to control and limit imports and, in doing so, save thousands of jobs! 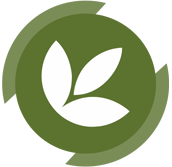 The agricultural sector is one of the biggest employment sectors in South Africa.  It is also one of the sectors where workers generally receive the lowest wages, face the toughest employment conditions and are often exposed to abuse of the gravest kind.  SAEWA represents a significant number of members employed in the agricultural sector, mainly on grape/wine farms and fruit farms in the Western Cape and vegetable farms in the Eastern Cape.  We also have a substantial membership at various farming co-ops in the Northern Cape and Free-State.  The sector, however, remains largely under-organised by trade unions, and workers in this sector remain exposed to ill-treatment if things remain this way. 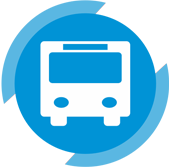 The Passenger Road Transport sector consists of two divisions.  The first group is the daily commuters, i.e. those who travel between work and home daily.  The second group consists of long-distant travellers, i.e. inter-city travellers and vacationing tourists.  SAEWA is strongly represented in the second group with membership at several of the bigger operators such as Mega-Couch, Hilton-Ross and Greyhound.  The sector, however, remains largely under-organised.