Striking in South Africa: Is it Getting Out of Hand?

Home/Blogs/Striking in South Africa: Is it Getting Out of Hand?
Previous Next

Striking in South Africa: Is it Getting Out of Hand?

Whether it’s the taxi drivers, Checkers or MTN staff, South Africa is certainly no stranger to labour strikes. Dealing with their negative effects has become a way of life for most of us, and the vast majority of us have taken part in at least one over the years.

Did you know that, according to the Industrial Action report released by the Labour Department, last year, South Africa experienced its highest increase in labour strikes ever? The incidence of strikes rose by 8%. That’s an astounding figure and has brought about numerous consequences for both businesses and employees country-wide. 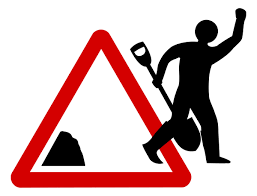 The Effects of Striking on Our Work Force

The persistent striking of 2017 resulted in 132 significant work stoppages – 10 more than what took place in the previous year. Unsurprisingly, this has hurt our economy deeply. In fact, the strikes caused it to lose out on R251-million‚ compared to R161-million of lost earnings in 2016. When companies lose money, there is an increased risk of downscaling and, inevitably, harsh retrenchments which further contribute to our country’s other big problem – unemployment.

That’s not to say that striking isn’t unnecessary. If workers are unhappy about anything within their place of employment, they have a right to do something about it – and so they should! However, there are other, often more successful, ways of ensuring that your grievances are heard, acknowledged and properly dealt with. Striking should be a last resort and it should not be taken lightly.

So, how do you avoid a strike? Joining a trade union that will protect your best interests and step in should there be any misconduct within your place of work is always a good call. Here at SAEWA, we do our utmost best to be there for our members whenever they need representation, and to fight for their rights. We always make sure that, if a strike is necessary, it is handled and undertaken in the correct manner as per the provisions laid out in Section 64 of the Labour Relations Act. The good news is that no negative consequences may result for employees who participate in protected strike action.

Would you like to become a member of SAEWA and have us on your side to assist should you ever be unhappy with any of the conditions within your workplace? If so, be sure to contact us on 086 077 2392.[/fusion_text]